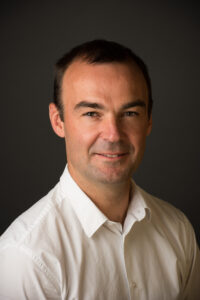 Cyril Lafon was born in Saint Yrieix la Perche, France, in 1974. He earned his B.Sc. degree in Physics from University Blaise Pascal of Clermont Ferrand, France and University of Montreal, Quebec, in 1995, and his Ph.D. degree in Biomedical Engineering from University Claude Bernard of Lyon, France, in 1999. After developing interstitial HIFU probes during his Ph.D. study in INSERM Unit 281, Dr. Lafon joined for two years the Applied Physics Laboratory of the University of Washington, Seattle, as a postdoctoral research fellow. Dr. Lafon worked there on ultrasound induced hemostasis and the development of tissue mimicking phantoms for HIFU applications. Dr. Lafon was recruited by INSERM, Unit 556, in 2002 as a research scientist. He became the director of LabTAU, INSERM Unit 1032 in 2016. His recent research interests focus on modeling ultrasound wave propagation, development of ultrasonic therapeutic devices for thermal ablation or drug delivery and communication by ultrasound for medical applications. Dr Lafon received the Frederic Lizzi Early Carreer Award from International Society on Therapeutic Ultrasound in 2010 and the Robert Merkin fellowship of the FUS Foundation in 2016. Dr Lafon is the current President of the International Society on Therapeutic Ultrasound. Dr. Lafon is an IEEE member since 2002.