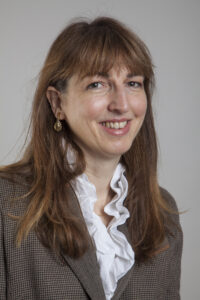 Lori Bridal is a Research Director in the French National Research Center (CNRS) and the Director of the Laboratory of Biomedical Imaging (Sorbonne University, Inserm & CNRS) in Paris, France developing biomedical imaging research to address the major public health of age-related bone modifications, cancer, cardiovascular and neurodegenerative disease. Dr. Bridal earned a B.S. degree in Physics from Oklahoma State University (1988) as a National Merit Scholar and M.S. and Ph.D. degrees from Washington University in Saint Louis in 1990 and 1994, respectively. She began research in the Parametric Imaging Laboratory in Paris, France during post-doctoral research supported by a French Chateaubriand Fellowship. She became a CNRS Researcher in 1997. In 2004, she received the Bronze medal from the CNRS, a national recognition research significance.